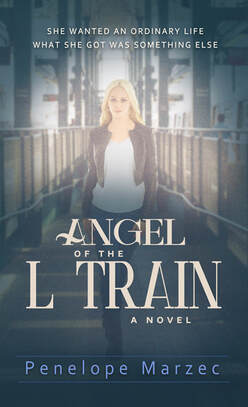 Thea Ahern desperately needs a job, so when she lands a job at LetSlip, a New York City gossip magazine, she takes it even though it will mean hiding her heritage. When she helps a man who is attacked on the subway, she's hailed as the Angel of the L Train, and people notice her striking resemblance to a once famous actress. This sparks a renewed interest in Paris Hulette and her whereabouts. What happened to the award-winning actress after her husband shot her? And is Thea Ahern really the actress's daughter?

Thea's coworker, John, understands what it means to hide from your past, and so he shields Thea from the ensuing media frenzy. She falls for him, and he falls for her, but LetSlip's CEO orders John to investigate Thea. Now he has to choose between protecting Thea or losing his job.

When LetSlip's CEO is murdered while John is in the building, John is thrust into the public spotlight along with Thea, and his past is revealed. Can Thea ever trust him again? And can he ever be forgiven for what he's done? 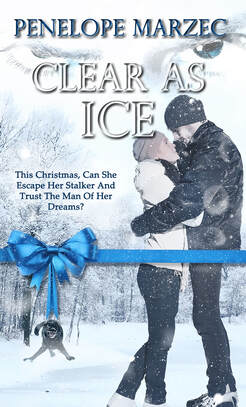 When Ethan's prayers for his mother's life go unanswered, he abandons his faith, tossing it out with his mother's Christmas ornaments. The loss of his hope leaves him empty and he begins to shy away from relationships, but when his dog Rufus, a rescue from a shelter, develops a fondness for a woman skating on the frozen lake behind his house, he's annoyed. Not only does he resent her using his pond, he doesn't understand her fear of dogs.

Haylie, once an Olympic figure skater, is afraid of more than just Ethan's dog. She lives in constant fear due to threats from a stalker, but one day Ethan's dog chases the danger away, so Haylie decides to try to lose her fear of dogs...But then the stalker's plans expand to include revenge toward Ethan as well. If they are to remain safe and live to see a happily-ever-after, Haylie and Ethan must put aside differences and learn to trust each other. This Christmas season promises to be the most challenging and the most meaningful of their lives. 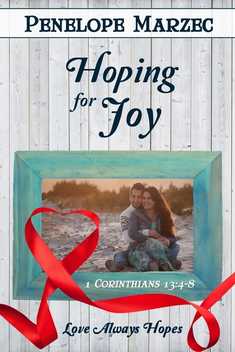 Hoping for Joy
From Prism Book Group's "Love Is" Series

Hannah stares at the diamond ring on her finger. Her hopes for a wedding fade as Logan puts off the date. Does he love her anymore? Should she hand him the ring and move on? Should Hannah stop praying for a fiancé with no faith?

Logan hopes to save his sister from her addiction while helping his father raise his young niece.  With his life in turmoil, Logan’s dreams vanish. One night, his sister holds a knife to Hannah’s throat and robs her. Will Hannah forgive him? What will he do with Joy, his sister’s child? Where can he turn for help? 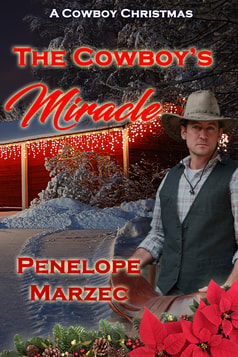 Despite rodeo star fame and a veterinarian license, Seth Holmes is a social outcast because his father bilked investors out of millions. Among his father’s papers, he discovers a photograph of his grandparents’ farm in New Jersey. Seth never knew he had relatives. He sets out to find the farm, hoping to leave behind the angry investors seeking revenge.

Gabriella Cavallo runs a farm with alpacas, a greenhouse, and a carriage house, which is rented for  events. Her godparents took her in when her parents died, but now her godmother  is in the nursing home. She’s skeptical when Seth arrives at the door claiming to be her godmother’s grandson, but he bears a strong resemblance to photos of his father. Then someone targets the alpacas by trying to poison the
animals. Seth pitches in and soon wins Gabriella’s trust.

But Seth begins to suspect the bilked investors have found him—and this time
they’re targeting Gabriella as well. 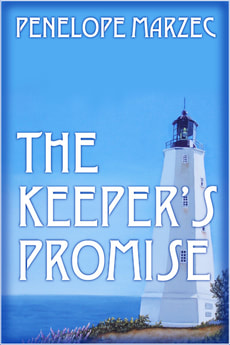 The Keeper's Promise
A Finalist in EPIC's eBook Awards

Shucker’s Point, New Jersey, never had a murder until now. Jack St. Marie, a well-
known research scientist, is missing. Trooper Bryce Johnson believes the worst of
Jack’s wife, Evie. In high school, Bryce loved Evie--enough to want to marry her.
But that was before he witnessed her phone in a bogus bomb scare. And only two
months before Jack disappeared, Bryce saw Evie aiming a gun at her husband.

Can he believe in her innocence when her husband’s body is found in a fishing
dredge twenty miles out at sea? Could the most beautiful woman in Shucker’s Point be
capable of such a heinous crime? He refuses to let his heart guide the investigation
until someone shoots at Evie. Then he must protect her. But can he protect his heart?

Buy it now at AMAZON!